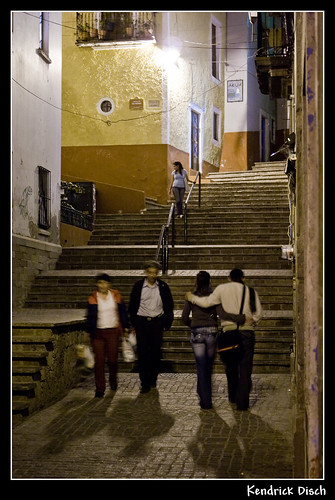 I spent Thanksgiving 2008 being sick in Maine and didn’t go anywhere or do anything special. I had some generous offers from fabulous friends to hang out with them and their families and I was planning to hang out with my friend Sarah, but I just didn’t feel up to it. I have a cold. My head is super congested and I’m sneezing and coughing on a regular basis. My body aches all over and it hurts just to walk around.

Instead of eating Turkey I had mac and cheese. I put a little tuna in it. Also some salt. Instead of eggnog, I had lots and lots of water. Been chugging the water. I’ve heard staying hydrated is helpful for the immune system.

Of course it is cold in Maine. But I wonder if there is any truth at all to cold weather contributing to catching a cold. Isn’t it germs? Isn’t a cold contagious because of germs? I don’t think people get a cold from the cold. I probably got a cold from the airplane rides on Saturday. An airplane is a great place to trade germs with people. I first started feeling bad on Tuesday night though. Is that a normal time progression?

But I don’t really feel too bad about missing turkey today. Two reasons. First, I’ve got a feeling some leftovers will be brought to my house on Friday and second, I already had a great big thanksgiving meal a few weeks ago. The staff and students still left here at the workshops, decided to have a themed potluck thanksgiving meal before everyone left called “Dranksgiving”. Well, actually there were a couple of themes and you could pick and choose your outfit accordingly. First there was the gangsta option. Then there was the pilgrim/Indian option. And finally there was the ugly sweater option. So inevitably we had pilgrims sportin bling and gangstas wearing ugly sweaters. Here’s a picture of Jeff showing his amazing costume: 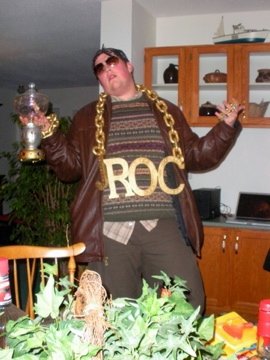 So evidently there is a drink from the hood called Drank. This drink was the basis for the party being called Dranksgiving of course. The recipe that was used was cough syrup, dry gin, and sprite. A healthy pitcher was mixed up and most people were drinking it. So about 9:00pm food was finally ready and everyone got busy eating. The food was excellent and the party was rocking until the late hours of 11:30pm.

11:30pm!!!!! Yeah, turns out when they bought the cough syrup they forgot to get the non-drowsy kind. Add the tryptophan from the turkey and it’s the perfect recipe to pass out early. I didn’t have any drank, so I was one the last person to leave the party at 1:00am. We had parties during the summer that didn’t start until 1:00am!

Anyway, So even though I didn’t get turkey today, I’ll think I’ll be ok.

To everyone that I love, I am thankful for your support as I work to achieve my goals. Happy Thanksgiving!

Blog Life in Maine memories
I'm an Atlanta portrait photographer available to shoot your headshots, corporate portraits, studio portraits, location portraits, editorial portraits, commercial portraits, advertising portraits, and whatever else you want me to shoot. I'm easy to work with and value each one of my clients. Get in touch with me if you'd like to talk. Thanks for reading!